Sid has lived in Baldock since 1992 and describes how his heart will always be tied to the town.

The start of Sid’s troubles was the breakdown in his relationship with his second wife which was due to his demanding career in the defense industry which saw him working away from home for long stretches of time and required full confidentiality, even with his own wife. He was also diagnosed with severe epilepsy which put a huge strain on his relationship and his career due to the fits he was having on a regular basis.

“One minute I’d be in the pub putting money into the duke box, the next I would wake up in the back of an ambulance. It was an incredibly scary time.”
Eventually Sid unfortunately split up with his wife and lost his job because of his Epilepsy which left him homeless during the pandemic. This was an incredibly difficult time for him.

He came to Haven First after he was working with our Outreach team during a stay in a hotel as part of the ‘Everyone In’ initiative. Our Outreach team worked closely with the local authorities during this Government initiative to ensure that everyone housed in hotels got support as well as accommodation during the loneliest months of the pandemic.
After speaking to the Outreach team, Sid was moved to Templars in Baldock which he was very happy with due to his close connections to Baldock. He worked closely with his Housing Support Worker, Bisi, to find the right medication for his Epilepsy, to begin working to access his pension, and to reconnect with family and friends he lost contact with along his journey.

Since moving into Templars, Sid was supported in finding ‘Move on’ accommodation in Knebworth where he currently is living and is enjoying the new environment and the new friends he has made within the building.

His plans for the future is to find his way back to Baldock, to get a low impact job potentially at the Library, and to sort out his pension so he is more financially comfortable. He is also enjoying using Facebook to reconnect with friends.

All of the team have loved working with Sid as he has some thrilling stories from his career and life and is always up for a laugh. Sid serves as a perfect example of how just how easily someone can fall into homelessness and we hope it resonates with some of our audience. 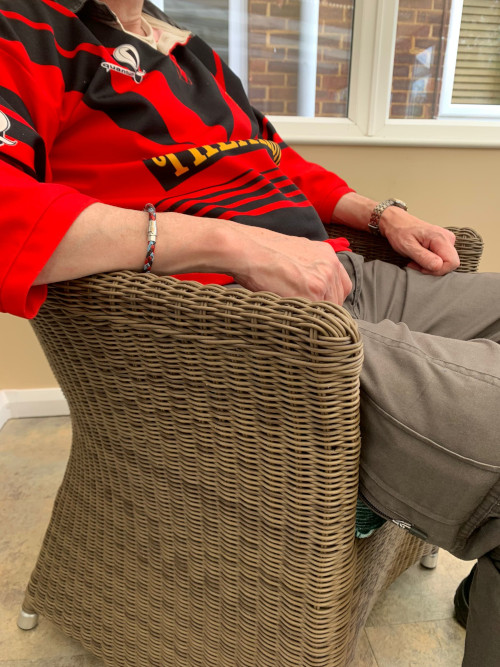