Peter’s story starts years ago when he lived in Worcester. This is where he first entered the cycle of homelessness going into a hostel where he stayed on and off for 5 years. He was resettled twice into shared homes but throughout this time there he was battling alcohol and drug addiction which held him back from making positive progress towards independence.

He recalls one happy point when he was in Worcester and settled into a flat with a partner, however as that relationship broke down he was plunged back into homelessness and he then lived on the streets for further 8 years. He recalls there being lots of day centers and soup kitchens that supported him while he was street homeless for which he is very grateful.

Although the timeline is foggy due to his drug and alcohol misuse, he then found himself in North Hertfordshire and was initially housed by Open Door and the YMCA.

He is also battling with depression which he reports he has experienced all of his life.

His main aim is continuing his journey getting sober and re-establishing a relationship with his three children whom he has completely lost contact with. He doesn’t want to reenter their lives while he is still drinking as he knows he won’t be able to commit completely to them and “they deserve more”.

Peter describes the pandemic as being a huge strain on his addiction and mental health as he was isolated from his support networks and services that he relies on were conducted via the phone rather than face-to-face and this is much harder to engage with meaningfully. He says having a network and community through the hostel has helped him and the staff have also helped him when all he needed was a quick chat about his day.

He is looking forward to continuing his progress at The Haven and what that progress will allow him to do in his future.

Peter has come a long way since he came to The Haven and we hope to see this progress continue over the next few months. 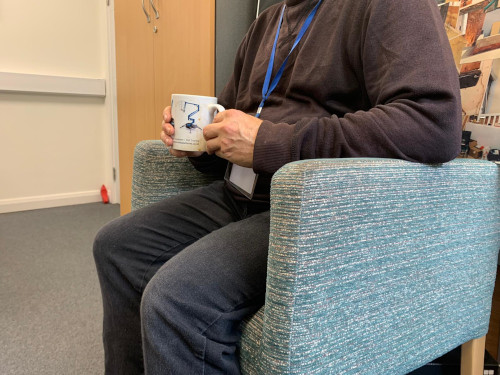