Elliot was in and out of prison for 21 years (including 18 months in a French prison which he describes as a very strange experience!) for various crimes before he decided it was time to turn his life around and begin rebuilding relationships with his friends, family and with himself.

When he was last released in Gloucester he decided to walk away from the lifestyle he was currently in and to get himself on the straight and narrow. He moved from Gloucester to Stevenage to be nearer to his mum but was still ended up living on the streets of Stevenage for 18 months before he was approached by one of our Outreach Workers while he was visiting another friend who was also living on the streets.

Within two days of being approached, Elliot had done a bed space interview and had been offered a bed at our Stevenage hostel which he was incredibly pleased with.

Since being at The Haven, Elliot has been working closely with his Housing Support Worker, Andrew to get himself on the Housing Register, helped him get in touch with our in-house Counselling service to work through his mental health struggles and to help him organise a doctors assessment which will determine his Universal Credit payments and also allow him to begin exploring careers that he is physically able to work in. After he broke his neck in 2018, Elliot was forced to leave his previous career in construction and since then has struggled to get back into work.

While he was in prison, Elliot began a course with the Open University in Sciences and this remains his passion. He finds the industry hugely exciting and loves the idea of one day getting into the Space industry, his particular passion being Quantum Physics. He insists that it’s never too late to explore something new and that it has given him a new lease of life.

Although Elliot is waiting for his Doctors Assessment to guide him on his next steps in his journey with us and into his new life he remains positive about his future and hopes to inspire people with his story of completely turning his life around.

“The universe is looking out for me.  I was in a dark place and BOOM the universe shows up at exactly the right time with a second chance!”

Elliot is a prime example of what a positive mindset and dedication to change can do and we are very proud to be working with him on his journey. Best of luck, Elliot! 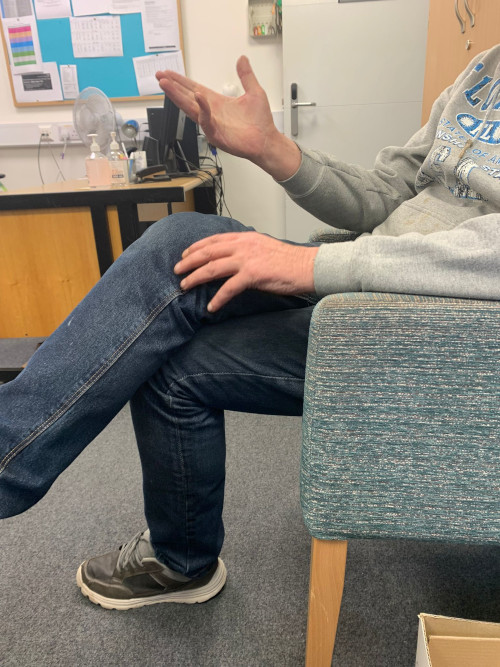